The Associated Press -- and a variety of fittingly geeky web sites -- are reporting that Gary Gygax, creator (or co-creator, I think?) of Dungeons & Dragons died today. (Robert Farley already nabbed the best headline.)

I still have very vivid memories of the day that I sat down in the public library -- in Westport Massachusetts, I believe -- and, ignoring all entreaties from my family to go to the beech or get some exercise, read the entirety of the Dungeon Master's Guide in one day so I'd know how to be a DM. (A rather ill-conceived plan, but never mind.) 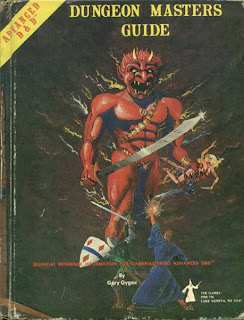 Update: Dan Johnson: "What we should do is: every gamer nerd on the planet should chip in some dough and we should build Gary Gygax an enormous tomb filled with the deadliest traps ever devised." (Via ML, which has a nice, somewhat more serious appreciation.)

Update 2: Xkcd weighs in. (again via ML) Also worth a look is this nice piece on D&D (hence, Gygax's) influence on the culture in some unexpected areas (via some chain of links starting here). I think just a hint of this influence can be seen in this 1983 Gygax quote (from this Post obit) about people's reactions to the game: "People said, 'What kind of game is this?' You don't play against anybody. Nobody wins. It doesn't end. This is craziness!'' -- The many ways in which such activities are integrated into (many of) our lives now is a hint of his vast influence.