The bailout passed the house, and Bush signed it.

All your economy is now belong to Paulson, first among equals. 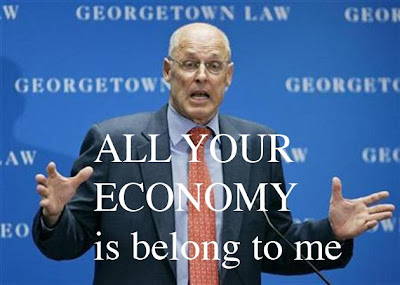 (NB: Making fun of Paulson's power doesn't mean that passing the bailout wasn't the right thing to do -- if it was that or nothing. (Lots of smart people endorsed doing this.) But nearly everyone -- including those who were for the bill -- thinks that, however the vote should have gone today, this bill sucks. And we here in the US used to be against monarchical rule. Particularly by those responsible for the crisis they're brought in to fix. Hence lolPaulsons.)