That's the New York Times, conveying the report of the "Cihan News Agency" about what happened to the American citizen, Furkan Dogan, 19 years of age. 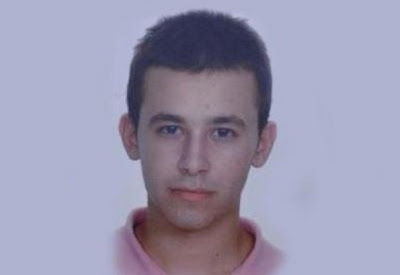 If confirmed, it will certainly put the lie to any claim of self defense by the shooter. A bullet in the chest might well be self-defense (by an aggressor, of course -- the Israelis shouldn't have been on that ship in the first place, and they were the ones attacking -- but nevertheless understandable). A bullet in the head at close range... possibly, probably not but possibly, that's self-defense too.

Three more? That's murder. And calls into question the entire rest of the scenario.

All this is, again, via Sully, who also notes the report of an eyewitness to the assault:

Al Jazeera's Jamal Elshayyal... confirmed that at least "one person was shot through the top of the head from [the helicopter] above" ... "The first shots [coming from Israeli boats at sea] were tear gas, sound grenades and rubber coated steel bullets," said Eshayyal. "Live shots came five minutes after that. There was definitely live fire from the air and from the sea as well." He confirmed that some passengers took apart some of the ship's railings to defend themselves as they saw the Israeli soldiers approaching.

A lot of Israel's defenders are taking the one-minute video of the boat passengers attacking the Israeli commandos at face value. As I noted, the Israelis were the aggressors here, so this is arguably justifiable (although certainly, at least in my view, unwise) even if that's all there is to the story.

But as Cenk Uygur notes here, the Israelis are showing us a minute of the footage, out of context. As he puts it, the Israelis

have so many more tapes of what happened on board, both from the IDF perspective and video shot on board the ship from the passengers' perspective. Until they release all of these, these pre-selected propaganda pieces should only raise more questions about what they are not showing us.

The context given by Jamal Elshayyal, for instance, would put the supposedly violent passengers in an entirely different light. Now, perhaps Elshayyal is lying... but given that Israel is selectively releasing video, and has reportedly confiscated all the recording devices possessed by the people they captured on the high seas, they certainly shouldn't get the benefit of the doubt.

Four bullets into the head at close range. This appalling incident has just been revealed to be a lot more horrific than we first knew.

(Update: Photo of the victim added; taken from here.)

no compassion
no conscience
no character
no chivalry