Tom Spurgeon has an excellent comics news blog called The Comics Reporter. One of the fun features that he does is one called "Five for Friday": he'll come up with a comics-related question to be answered with a list of five -- questions like "List Five of Your Favorite Comics Quotes (Without Attribution)", "Name Five Comics You've Found Non-Comics Readers Feel Are Easy to Read" or "Name Five People You Would Draft Into Making Comics -- No Cartoonists Who Have Worked as Such Since 1985" -- answer it himself, and then post responses from other people which he receives in the day or two after. It's a fun High Fidelity-type game in the comics field, although his comparatively strict deadlines, and my haphazard schedule, means I've only participated once myself.

Well, this week's version (which I, as usual, only saw post-deadline) was the superb question "Name Five Covers You Love". But I wasn't all that crazy about the nominees people put up -- although, truth be told, I only looked at those whose nominators provided links, plus Tom's own list even though he didn't -- because he's the host, y'know. (Although yes, I am enough of a geek that I did know some of the listed covers without links. Shut up.) Incidentally, since I looked up Tom's choices, here, as a public service, are his choices, with links:

Don't get me wrong -- some of the various choices (both Tom's and other people's) were fine covers. But they weren't what I would have listed. So I decided to put together my own list -- I mean, what's a blog for?

But it's Sunday, it's my blog, and I felt like it... so this is ten, not five. (Actually, I found this incredibly easy. I could have gone to fifty. I love comics covers. Oh, sure, many are atrocious... but that's just Sturgeon's law.)

This isn't, incidentally, my "Top Ten Comics Covers Of All Time". It's just "Ten Covers I Love". I love others, too. On a different day I'd make a different list. But these are all great. In each case, I've given a thumbnail linked to a larger version; in many cases, you really have to click through to get what's good about the cover. 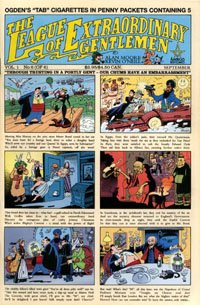 Alan Moore's final cover for the first League of Extraordinary Gentlemen Series retold the entire story so far -- in rhyme -- while also being thematically consistent with the series. It's fabulous. 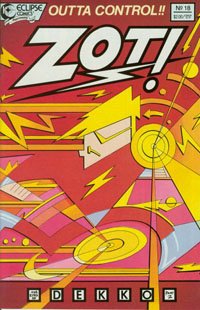 As Scott McCloud later said in Understanding Comics, so much of superhero costumes worked by making a few simple, bright colors iconic. This combines that idea with an awesome abstraction. 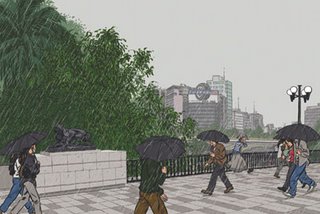 This one's just pretty. It's the cover for the second issue of Jessica Abel's La Perdida; I just got the collected version yesterday (yes, I "waited for the trade" -- or in this case the hardback -- and so missed out on this gorgeous cover. Ah well.) 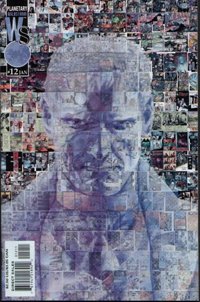 Another cover that tells the story to date -- in this case, by quite literally putting every panel in the earlier 11 issues of the comic on the cover. (No, not that legibly, but if you've read them it will remind you.) It's a rather audacious idea, and it works. 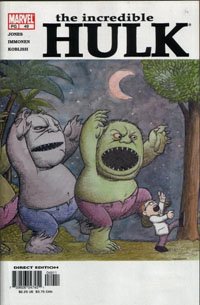 Maurice Sendak meets the Hulk. I didn't read this issue, but this cover's just awesome. 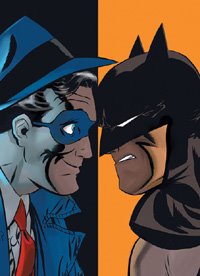 This comic I haven't read either -- I'm not sure that it's even out yet. And no, I probably won't read it. But it's such a cute cover, which almost reprises the extraordinary Flex Mentallo in a single image. (You sort of have to know the history of these two characters to get this one, I'll admit.) 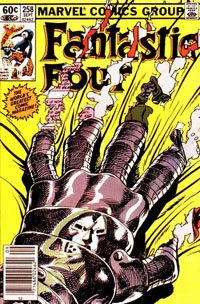 John Byrne did a lot of cute, self-referential covers back in the day, and I like most of them -- his covers for his She Hulk run were quite fun. But I actually read this when it came out. And it's so dynamic -- the perfect superhero cover -- plus, if you look inside the first page is the one revealed by the ripping hand on the cover. Awesome. 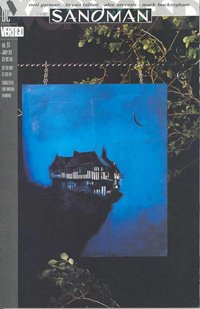 A lot of Dave McKean's covers are wonderful. This is just one I particularly liked. 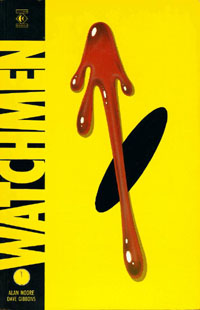 Simple, marvelously iconic, and I love how it begins the zoom that takes up both the cover to issue one and the entirety of the first page. 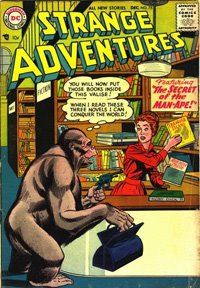 And this is, quite simply, the greatest comics cover ever done. (Although this is a close second, I'll admit: if your curious, the answer is that the latter reprinted a story from the former. It looks like this was fairly common, although sometimes a few changes were required.)