Reactions: a Round-Up in Five Parts 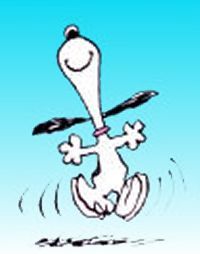 Emails obtained by the Associated Press indicate that top Republican officials now believe that the margin of victory will be too high to rig the results. "A four or five percent margin, we can handle," said a GOP official from Connecticut. "But eight or higher? That's asking the implausible."

"John McCain joked on Wednesday he would 'commit suicide- if Democrats win the Senate in November." -- October 19, 2006
I wont get all nitpicky and ask for a 'real' suicide. A political suicide is good enough. Stand up, and admit that you've been a rubber-stamp crony for this administration, that you're a man who allowed torture but have no problem criticizing the looks of Chelsea Clinton. That you've enabled Karl Rove, George Bush, Dick Cheney, Donald Rumsfeld, to commit crime after crime against this country.

Josh Marshall: "Bush: for Rumsfeld before he was against him."

So what caused the Republican meltdown?...
Iraq, of course....
Terri Schiavo and Katrina....
The economy....
Sleazy campaigning....
Extremism....

(Read the rest for comments on each. I think the most prominent item missing on that list is "Corruption".)

Rick Perlstein chez Atrios on the victories of the netroots. Chris Bowers adds his thoughts on this too.

Rebutting conservative spin that it was "conservative" democrats who won last night: one, two, three, four, five. Even worse is this same (clearly false) spin from a Democrat. But ultimately Ben Adler notes (see also this follow-up post):

Donald Rumsfeld's resignation will spin very much to the Democrats advantage vis-a-vis the midterms. That is to say, all those talking heads on cable news saying that the Dems won on the strength of moderate and socially conservative candidates will not be able to spout that canard much longer. Clearly the Bush administration recognizes the midterm results as a rebuke of their Iraq War policy.

Eric Kleefeld: "if Joe Courtney's lead holds up in Connecticut 2nd, this election will leave just one Republican congressman in all New England."

...the implicit gerrymandering of the Senate and the in-the-tank-ness of the press corps are keeping people from realizing how big the blowout was. Consider this: it looks like 32,100 thousand Americans voted for Democratic Senatorial candidates, and only 24,524 thousand Americans voted for Republican Senatorial candidates. That's a 13.4% margin of Democratic victor.

Kevin Drum on what's to come:

For some reason, the talking heads last night were consumed with speculation about whether Bush would suddenly turn into a friendly, compromising, bipartisan wheeler-dealer now that he has to deal with a Democratic Congress. Have they learned nothing? That's just not who Bush is. I expect his speech today will contain a few well-crafted platitudes about the will of the people, moving forward, etc. etc., but it will also contain plenty of tough talk about protecting the American people and standing up for what's right. More to the point, Bush's actions over the next few months will almost certainly be as combative as always. He just doesn't have anything else in him.

This same post also has a bit on the failure of what Billmon's called Rove's 51% solution.

Publius has the list of the incoming Senate committee chairs.

This does not help McCain's 2008 chances. This is a good thing.

Zachary Roth on what may have turned the tide:

Ed Goeas... noted that, according to his numbers, the movement toward Democrats in the campaign's final weeks came not as a result of the Foley scandal, but instead after Bill Clinton's combative appearance on FOX News -- in which he lost his temper with host Chris Wallace -- a few days before Foley broke. Goeas said that his measurement for Democratic "intensity" skyrocketed after the interview, and that it seemed to act as a signal to Democrats not to back down.

And Nathan Newman adds a bit of historical perspective:

Let's be clear-- this wasn't just a good night for Democrats. It was a good night for progressives, and no media spin that these new elected officials are "conservatives" changes who they are.... Let's remember-- those massive Democratic majorities of a generation ago were fake. In 1981, Ronald Reagan was able to control the agenda in Congress because 67 Boll Weevil Democrats essentially caucused with the GOP. In 1993, the Democrats had a "majority" of 258 but Clinton was only able to pass his initial budget by one vote, so he had a de facto majority of 218 votes. I actually am more confident in the present 228-230 Dem majority we are getting this round to support progressive initiatives than those fake-larger majorities of the past.

And all it took was the Abramoff scandal, the Foley scandal, the Haggard scandal, the suspension of habeas corpus, the creation of the Cheney Archipelago of secret torture sites, a criminally incompetent response to one of the worst natural disasters in US history, and a hopeless war that has killed thousands of US troops and hundreds of thousands of Iraqis, and may well go down as the single worst foreign policy blunder in the history of the republic. I can’t wait for ‘08!

...It's good news, right? So why am I not particularly happy?
One reason is how they won. Republicans were just plain vile: they stunk up the joint with corruption, incompetence, greed, and viciousness, and they are saddled with an unpopular president and an unpopular war. They should have been easy to beat, and the Democrats relied on winning by default. There was little attempt to campaign on progressive values, just an expectation that the discontent of the Republican voters with their ugly party would scrape away enough voters that we'd come out on top. And we did. Rah.
A perfect example: we threw Rick Santorum, one of the worst senators ever, onto the rubbish heap, to gain…Robert Casey Jr, a bland, boring, pious middle-of-the-road Democrat who is anti-choice... (penultimate ellipsis in the original)

What is the most important issue facing the country that the Democrats must tackle? The rogue presidency of George W. Bush.... I think it's a pretty safe bet, even for William Bennett, that Bush will try to precipitate a constitutional crisis over the limits of presidential power (from his standpoint, none) in the next two years.... this is what I think the position should be for the new Congress. Bush can, and will execute the duties of the office of the president but Congress should let him get away with nothing that exceeds the power of his office. No matter what he does or threatens to do.

...a lot of the names in DC have built their reputations, meal tickets and most importantly their world view around the Republicans. I mean, Mark Halperin needs someone to abase himself to, right? Don't expect that to change overnight. That's a battle to be engaged.

Lerxst: "In the euphoria of yesterday's results we should not forget about the NRCC robocall scandal.... it is essential that the Democrats fight back on this HARD."

The President is going to include all sorts of flowery odes to the beauty of bipartisanship in his upcoming speech this afternoon -- much to the inevitable delight of the wise Washington pundit class, which will excitedly take him at his word and demand that Democrats "work with" the President rather than oppose and investigate him. But what the Bush administration really means by "bipartisanship" -- as they are already making quite clear -- is that the Democrats in Congress do nothing to stand in their way and, most especially, that Democrats recognize that there will be no looking into what the Leader has done or subjecting his Decisions to any scrutiny...

It is vital to remember that we already have a constitutional crisis in our government. The choice is not whether to create one (since it already exists), but whether to confront and battle it, or acquiesce to it (as the Republican Congress has done). While it is nice that Democrats have taken over the Congress, it is vital to remember that we have a President who has repeatedly made clear that Congress is irrelevant in our system of government and cannot limit the President in any way. Re-establishing the rule of law -- and the principle that the President is not above it -- is still the most compelling priority for our country.

And while Amanda Marcotte sees gains in other areas as well, I think her most important point is her first one:

There’s no doubt that this election was a mandate and it was a mandate on two major issues: 1) Massive Republican corruption and 2) the war in Iraq. So the Democrats need immediately to start investigations plus demanding that we get the hell out of Iraq as fast as we can.

He didn’t have to make the run. When he started out, it was the longest of long shots. All political races are fueled by ambition, but he seems to have been equally motivated by a sense of what was needed and what was right.... Ned Lamont helped reframe the storyline and shake up the complacent. For that, he’s one of this morning’s heroes, and so are all the people who worked their hearts out for him.

Happy or suicidal with tonight's results, something colossal and profoundly important has happened in the United States beginning in 2000 — the re-engagement of the American people with politics. We have had four enormously consequential elections in a row now in which voters have cast their ballots in numbers that we were told we'd never see in our lifetimes. I don't see how you can view this as anything but a wondrous development for the United States.